The UN General Assembly unanimously adopted the Universal Declaration of Human Rights 1948 which acknowledges that transparent and open elections play an integral role in ensuring that the fundamental right to participatory government is guaranteed. Essentially, Article 21 states that “the will of the people shall be the basis of the authority of government, this will shall be expressed in periodic and genuine elections which shall be by universal and equal suffrage and shall be held by secret ballot or by equivalent free voting procedures”. The International Covenant on Civil and Political Rights (Article 25) equally recognizes voting rights as guaranteeing the free expression of the will of the electors. Although the 1999 Constitution of Nigeria does not expressly recognize this right as one of the fundamental human rights, it implicitly states it in Section 77(2). The Electoral Act 2010 also makes explicit provisions on the subject. Nigeria is a nation under the Commonwealth and the Commonwealth Charter expressly captures free and fair elections as a tool for shaping the society in its definition of democracy. All these laws unequivocally reinforce the essence of voting rights in a democratic setting.

The court of Appeal upheld the decision of the Federal High Court in the case of Victor Emenuwe and ors. V. Independent National Electoral Commission (INEC) and Comptroller General of Nigeria Prisons (2018) LPELR-46104(CA), affirming that prisoners have voting rights and agreed that the judgment was in favour of all inmates and not just the parties to the suit. However, the court refused to pronounce that polling units should be created inside the prisons for inmates to exercise their voting rights. The Chairman of INEC (the “Commission”) announced their intention to work with Carmelites Prisoners Interest Organization (CAPIO), a non-governmental organization that advocates and promotes genuine justice and prison sector reforms, to ensure the participation of prison inmates at the next general elections. The Commission specifically states its objectives to drive its vision towards ensuring an inclusive election beyond concentrations on disadvantaged groups categorised on the basis of gender, age and disabilities to include prison inmates. The efforts shown by the Commission in promoting inclusion are commendable but not exclusive. The purport of this article is to advance solutions to the underlying issues on this salient subject.

The decision of the court of appeal in the Victor Emenuwe case earlier mentioned marks a landmark victory for all inmates in Nigeria who have all along been disenfranchised and denied of their right to participate in the public affairs of their country. However, this decision is insufficient on the procedures that ensure compliance and realization of the rights. The Court of Appeal decision appears illusive as it failed to invoke its injunction powers to compel the respondents to set up voting centres at the prisons but left it at the discretion of the electoral body. Discretionary powers are conferred on a judge by the statute to make orders in two competitive circumstances. This decision, therefore, suggests that the venue for the registration of voters is a question of policy rather than law. Relevant instruments such as the 1999 Constitution of Nigeria (as amended) and the Electoral Act 2010 show that delineating voting centres and registration of voters is as prescribed by law. It appears unprecedented to suggest that the electoral body can exercise their discretion to allow prisoners to vote outside the prison community without a relevant backup by the law prescribing a proper administrative procedure for the enforcement of the voting rights. It is not probable to separate the right to vote from access to a voting centre because election involves the whole process of accreditation, registration, voting, and collation. Creating registration and voting centres in prisons to enforce the court’s judgment further guarantees the security and safety of the public. It is the duty of the court to protect any right it declares as constitutional against the threat of security. The provision of the law that obliges citizens to choose convenient venues to exercise their voting rights, therefore, exempts prison inmates on the ground of threat to public safety and security. 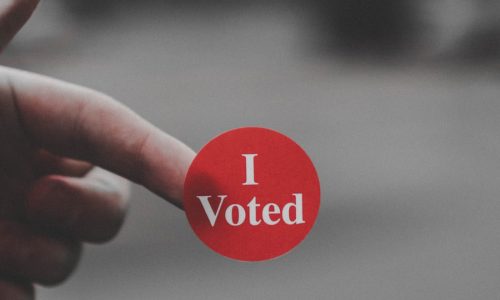 It is also trite to mention that there are little or no opportunities for inmates to make informed choices from competing candidates in an election. This is because most inmates do not know the electoral candidates and the content of their manifestos. Although INEC might consider setting up sensitization forums in prisons, this approach might be limited in scope. There is also the possibility that electoral candidates who may visit prisons may take advantage of this unfamiliarity to gather relatively undeserved votes from the inmates. This brings to fore the conditions of Nigerian prisons and the treatment of inmates. The Nigerian prison system is flecked with overcrowding, corruption, lack of infrastructures, corporal punishments, delayed awaiting trial detention, and other negative conditions. Prisoners are citizens who by the due process of law are being denied certain fundamental rights. This should not warrant inhumane treatments as the right to their dignity remains intact. As an aside, some of the past leaders of Nigeria and other nations were in fact once prison inmates. Recently, a policy was entrenched to reform the prisons into a correctional centre. The purport of this exceeds a mere rebranding else it would remain a reform on paper. It is important to introduce activities that can help to integrate the inmates back to society after their prison term so that they do not become nuisances by reason of untold and nurtured hatred for the government. Moreover, facilities such as television sets, radios, and newspapers among others that provide valuable information to enhance political participation should be provided in the prisons to give them ample knowledge of the electoral candidates, their parties, manifestos, and logos. This would help the inmates get a better understanding of their choice of candidates and carefully elect candidates that would serve their best interest.

It is commendable that INEC considered one of the probable encumbrances for the gubernatorial elections for inmates and resorted to the interstate and intrastate method employed in IDP camps. In this case, those who are registered within the state can participate in presidential, national/state assembly, and governorship elections while those registered outside the state will only participate in presidential elections. This according to INEC is to minimize difficulties in the collation of results. However, this impediment might not surface where INEC establishes voting centres in prisons and registers the prisoners there. It will then be practicable for all the inmates in a state to participate in the gubernatorial elections. This is important because although the federal government by law controls the prisons, even participation of inmates in gubernatorial elections creates a sense of responsibility in the state government to collaborate with the federal government in achieving the anticipated reforms in the prison sector.

The decision of the Court of Appeal confirming the voting rights of inmates is laudable. However, addressing specific cardinal issues underscores its possibility to work better in practice than as a mere theory. As a benchmark for realizing the position of the court, its powers should be invoked to create polling units in prisons to enable inmates to register and cast their votes and also for public safety. The government should take proactive steps in securing the voting rights of inmates by widening the scope of prison reforms to include the provision of facilities that encourages political participation for inmates to make informed choices during elections. In the absence of a court pronouncement on registration of voters and establishment of polling units in prisons, INEC should make proper consultations to establish sound policies on the administrative procedures for all inmates to equally participate in gubernatorial elections as much as in other federal elections. The decision of the court is not exclusive to securing the right to vote for inmates, a progressive realization of the rights can be achieved by careful observance of relevant factors.